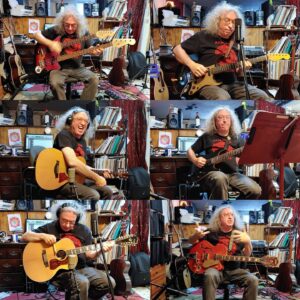 Livestreams of performances are often presented on the Twang! page